It only seems to have become a problem recently, but I also recently started sorting through, organizing and moving a lot of local image files around while having 3 or 4 firefox tabs open (and Spotify). The use percentage seems to build gradually. The first time I noticed it, my system had slowed to a crawl and nothing seemed to un-slog it except a reboot. I think memory usage was around 90%+. It doesn't seem normal for my system to get permanently bogged down like that. It is the first time it has ever happened with my relatively new computer. Usually whenever I've had a memory issue with a previous computer, I close the offending program and the ram usage returns to normal.

I updated and ran malwarebytes, which seemed to catch and quarantine 1 PUP. Seems like something called a driver pack. Then I downloaded adwcleaner and ran it. It listed the same PUP that MBAM found in addition to a couple of other things and seems to have gotten rid of them (I ran MBAM again after the first scan and it found nothing, and then I also ran ADW Cleaner again after it found what it found, and it came up clean). Haven't tested if the problem has persisted yet because it takes a while to start happening. Will report back.

If you would like to see my MBAM log, please direct me to where it would be saved on my computer and what it would be called. Thanks for any help or knowledge you can offer on this problem.

Staff member
How many extensions are enabled in the browser? That will have a lot to do with memory usage as well. Also check to see if you can disable any programs from starting at bootup. Use task manager to determine what is using the memory up.
M

I have 3 extensions running, and a few things in the startup, but I only got the memory problem recently, and my startup has been the same forever. I checked task manager and it's always "shell infrastructure host" that is eating up all the memory. Is there a way to refresh the process without restarting my computer? I read that it can mess up your computer if you stop it. If it doesn't seem like a malicious thing to you, I'm not too worried about it.

Since I ran MBAM and ADWC the problem hasn't been replicated, but I don't think I exactly matched the conditions yet. The difference being that this time I had the firefox windows open for a long time and was running Spotify, but was not previewing and moving files around. I read somewhere that having a slideshow of wallpapers on your windows 10 computer can blow up the usage of that particular process memory. So I turned that off, but it didn't help. I suspect if the problem wasn't the PUP, it might be from running through lots of image previews. It always seems to happen when I'm using the image viewer.

Staff member
What version of windows 10 are you using?

You can try using the procedures on this page to check things out in more detail. 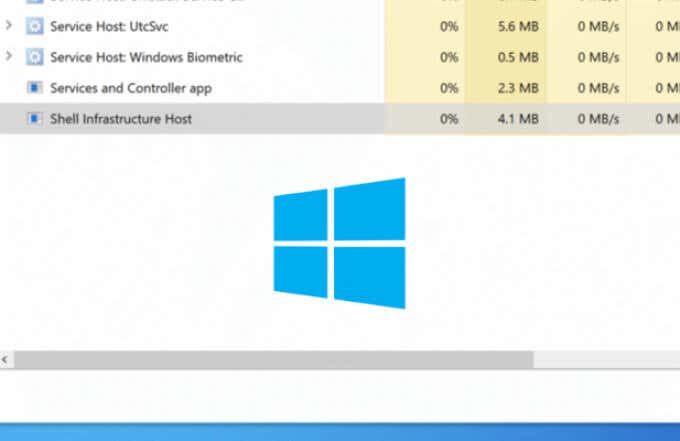 What Is the Shell Infrastructure Host Process and Is It Safe?

The Windows operating system is built on a collection of hundreds of different system processes, each having a specific purpose. For instance, some parts of the Windows interface are generated [...]

1. Make sure windows is fully updated
2. Use the sfc /scannow command to check for missing/altered system files
3. Making sure the sihost.exe file is genuine

Other than that it may be time to do a fresh install of windows using the latest ISO image.
M

Not sure what I had before but I was not updated to the latest version of Windows 10. But I updated today. I'm now on 21H1, OS build 19043.1023. I also updated Avast. Not sure why it didn't automatically update because it's set to do that. I ran the sfc/scannow and it claimed that it repaired some broken files, but the problem persisted. I checked to make sure sihost.exe was genuine and it is, and the problem persisted. I also created a key to disable Superfetch, but I don't think it was enabled on my computer anyway because I run from a SSD.

So I basically watched the memory usage of the process in task manager as I did each thing I was doing when it blew up the memory, but still couldn't exactly pinpoint it. At one point, it was using 3gb of memory. I restarted when I updated Avast, and the process ram usage reset (as it does). I have suspected that it happens when I preview images in Windows image viewer, so I downloaded Irfanview and set it as my default image viewer. Ran through a bunch of images and checked task manager, *nothing*. I had a few firefox tabs open, had my 2 windows explorer windows open with my image file thumbnails up *nothing*. So I deliberately opened an image file in Windows image viewer and slideshowed back and forth through a few files and the process suddenly showed up with a chunk of ram usage. So I think it's safe to say that it's some kind of problem with memory getting hung up when windows default image apps are used. In my experience, it just kept snowballing until I was forced to restart my computer. I read somewhere that there is a problem with the Shell Infrastructure Host Process when setting your wallpaper to cycle through a slideshow, and also a problem with choosing the option to change your taskbar to the color of your wallpaper. I had both of those options on, but disabling the wallpaper slideshow didn't help. I've had those settings on for a long time, and never had a problem (that I noticed). It's still possible my computer might have been infected with something I guess, but I wouldn't be surprised at all if a Windows Update caused it.

Staff member
You mean windows photo viewer? There is no such thing as windows image viewer. Actually photo viewer was updated to just Photos My best guess is that the program is corrupted somehow and thats why the high ram usage. Let us know if you continue to have issues. But like I said, it may be time to do a fresh install of windows. You can't even use windows photo viewer now unless you do a registry hack on new installs of windows 10. 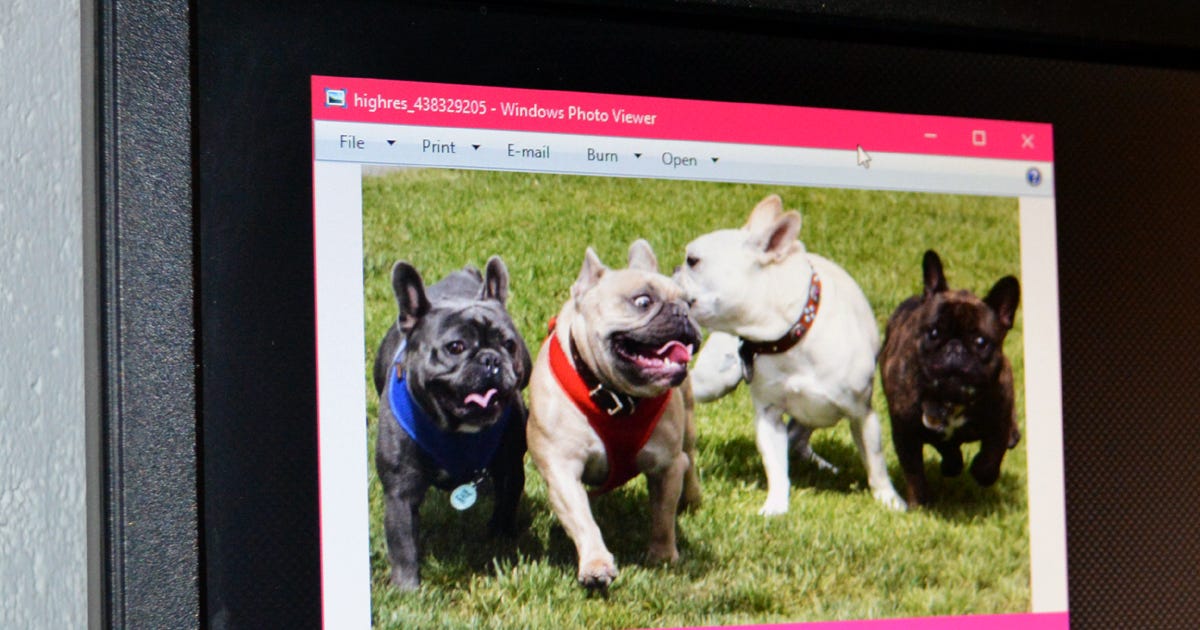 Miss Windows Photo Viewer? Here's how to get it back in Windows 10

If you yearn for the simpler days of Windows Photo Viewer, we'll show you how to get it back in Windows 10.

Yes it's the Photos app. I was hoping to avoid a reinstall of Windows because it would create a lot of extra work and take a lot of time reinstalling all my programs again, but I guess I might have to do it. I read about using fresh start. Maybe that's the way to go.

I actually just tried removing the Photos app with powershell and reinstalling it from the app store, but doesn't look like it worked. Any ideas how the photos app might have been corrupted?

Unfortunately no. Maybe its possible supporting files are no longer on the system, I have no idea.
M

I was thinking about using the "clean install" tool for Windows to do my re-installation. This has an option to keep personal files. Do you think it would be safe to use these options, considering what my problem is? I guess I could try it and if it doesn't work out I can reinstall again a different way.