Help me out please. sorry I'm asking rather a lot.

I want to build a computer generated English model village/town. First problem, I have looked at so called beginner's tutorials on you tube, they tell you that they are for absolute beginners and the next thing is they tell you about is "mods" and "DLC" without telling you what they are. They're not beginners stuff at all.

Some of the creations look so good and very appealing, so detailed so can you help please?

How much does it cost, where can I buy it? and where?
How many different styles of say, English houses and say trees are there? How much again?
I have an "Ordinary" laptop Asus 64 bit. Do I need anything else, such as a special graphics card please?
What is Steam? What is Paradox?
Can I look from the "air" and "go" into the streets?
Oh, by the way what are mods DLCs how much?

Again sorry to put so much on you,look forward to hearing.
Keep well everyone.

You can see I'm lost
O

Sadly forums like these are a shadow of their former selves and pretty empty a lot of the time.

I've got a few hundred hours in Skylines so I'll throw in some stuff though.

DLC costs money. I have a few of the more feature oriented DLCs but not the ones that are just more assets/items.

Mods can add an insane amount of custom assets and buildings/roads/structures to the game. These are free and available through the Steam Workshop. More mods will have an impact on performance. You can find pretty much any major building ever made and also install full packs that will change the style of a neighborhood if you want. I've had games that all the houses were Euro style or American suburb style, for instance.

The game is a resource hog. Even on my fairly decent machine I bog down to 30 FPS or even lower once you get past about 80K population. It also inherently seems to be memory leaky as after an hour or two, it gets worse and I usually have to reboot it to get some performance back. Thankfully it's a game that doesn't require a very good framerate to still play. Your onboard video in your Asus laptop can probably handle it but you won't really know until you try it.

What are you actual specs on your Asus?

Steam is the platform used for selling and managing games as well as community aspects like the Workshop for mods as well as other community features. Paradox is the publisher of the game.

Steam does have a refund feature, where if you don't like the game (or it runs poorly) you can return it for a refund. There are some stipulations here but generally it works.
O

If I change my computer do I lose the lot and have to buy again?
I am still researching but ever grateful to you.

ohdearme said:
If I change my computer do I lose the lot and have to buy again?
Click to expand...

No. It's tied to your Steam account. You can just re-download it from your Steam library.

Staff member
Your laptop will probably struggle to play it at all honestly. I bet it would run, but quite poorly. 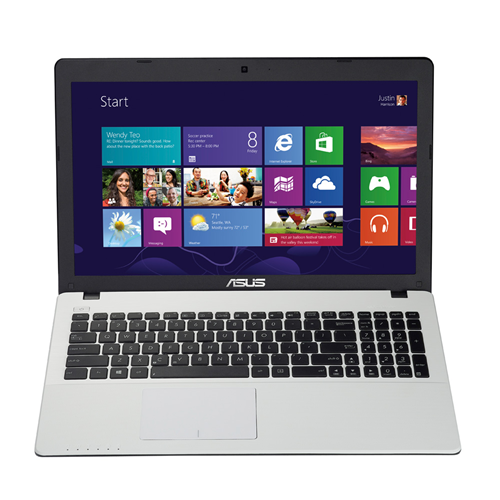 This page provides reviews and other infos about the Asus X552CL-SX047H of the series X552 laptop.

For reference I have a similar spec laptop but with a better video card (GT 740M in mine) and it's playable, but barely. Yours doesn't have a dedicated video card so it's going to struggle.
O

Thank you both for that, yes it seems that I need a better one, would you be able to suggest one at not too much and can my proessor handle it?

Laptops aren't typically upgradeable, so if you really want to play Cities Skylines, you will have to get a new computer.
O