My New Build is ALMOST done

Here is the new rig everyone...I am still working on it a little bit here and there but it won't change much from this look. In the last few days I added the Corsair LL120 fans in the front of my case (replacing the stock Cooler Master single speed crap fans), the single Corsair ML120 red fan at the rear spot, and the vertical GPU mount. The vertical mount is the Cooler Master brand bracket that is specifically made for these cases and I have to say I think its pretty awesome, mainly because my GPU looks so cool from the side.

I have to admit, the RGB thing has seriously grown on me. I think it is Corsairs fault. Their iCue software combined with the K70 keyboard I bought and these AMAZING LL series fans really create an endless combination of lighting effects that can be designed. Literally endless. Its pretty fun to mess around with, not to mention awesome looking. I pretty much just leave everything on some combination of static red and white and it still looks awesome.

Anyway, I am probably going to be adding a few more things over the next couple of weeks to finish out this build. I will most likely replace the rear ML series red fan with another LL120 and I am seriously thinking about replacing my top two Phanteks fans with LL140 fans, but probably not right away. I may also add a set of Corsair's LED strips since I have the space for them on my Commander Pro that won't get used up by anything else. Also, the possibility of me buying RGB RAM and an RGB graphics card have risen substantially, but that isn't something I will consider for a couple years.

Let me know what you think... 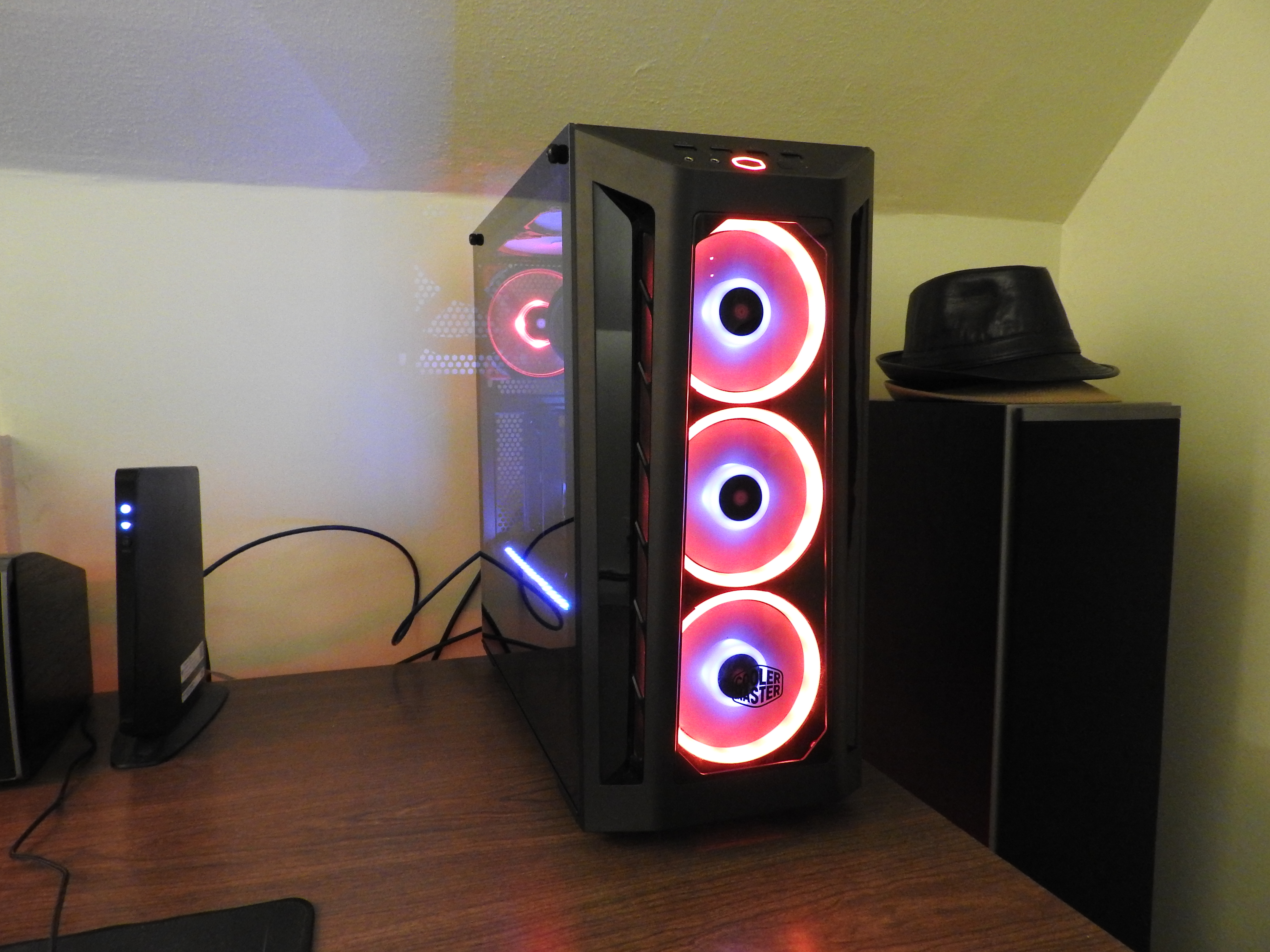 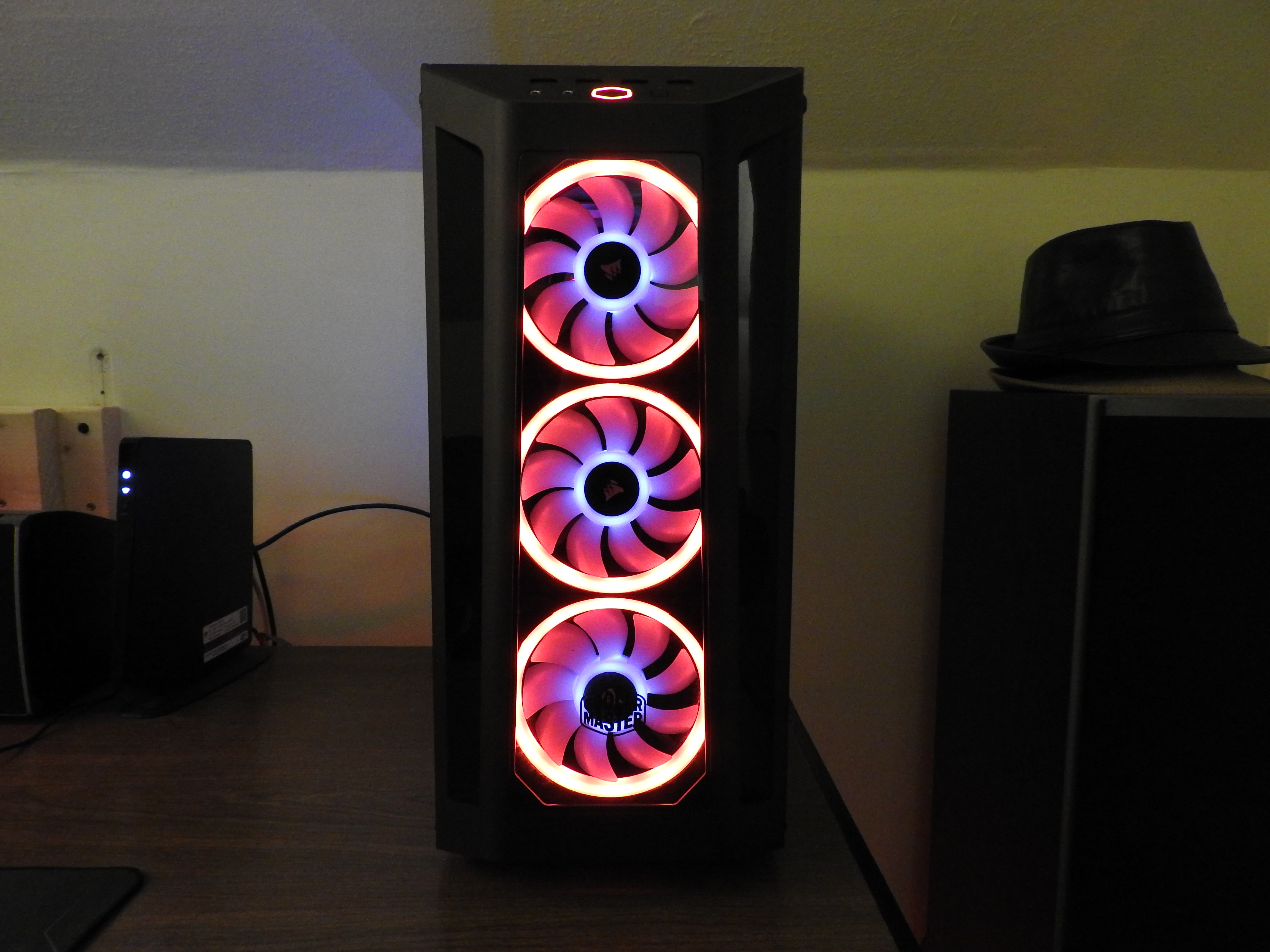 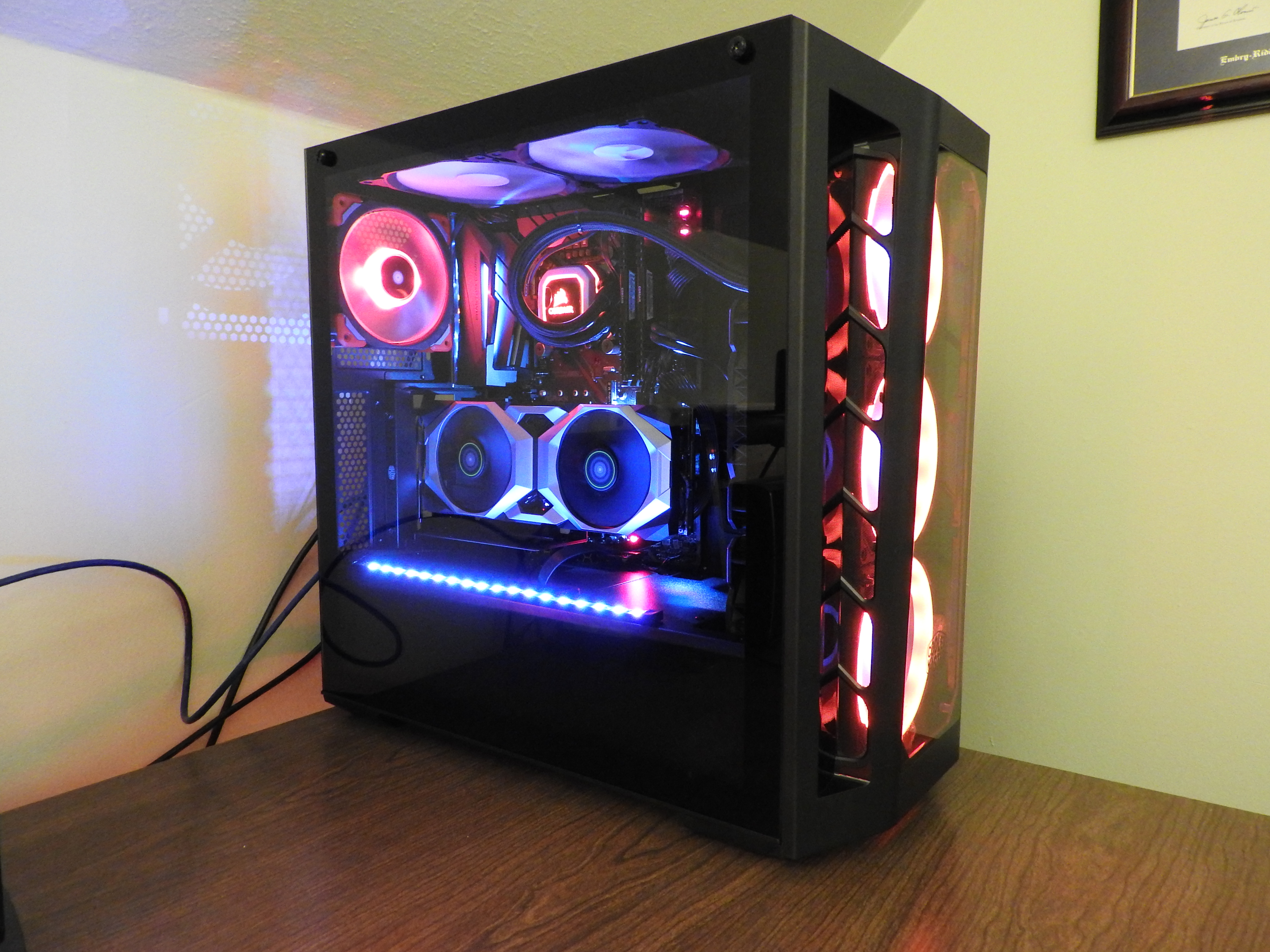 I'm liking the way you mounted the GPU.

_Kyle_ said:
I'm liking the way you mounted the GPU.
Click to expand...

Its Cooler Master's bracket specific to the Mastercase 500 cases. And yes, its very nice. Only thing is it takes up all 7 PCIe slots. But its great because it sits so far back from the glass that there is no impact to temperatures. It also doesn't add any length to the GPU. I think its the only one available on the market that positions the GPU like this. HERE is a link, I'm pretty sure it'll work in a lot of other cases.