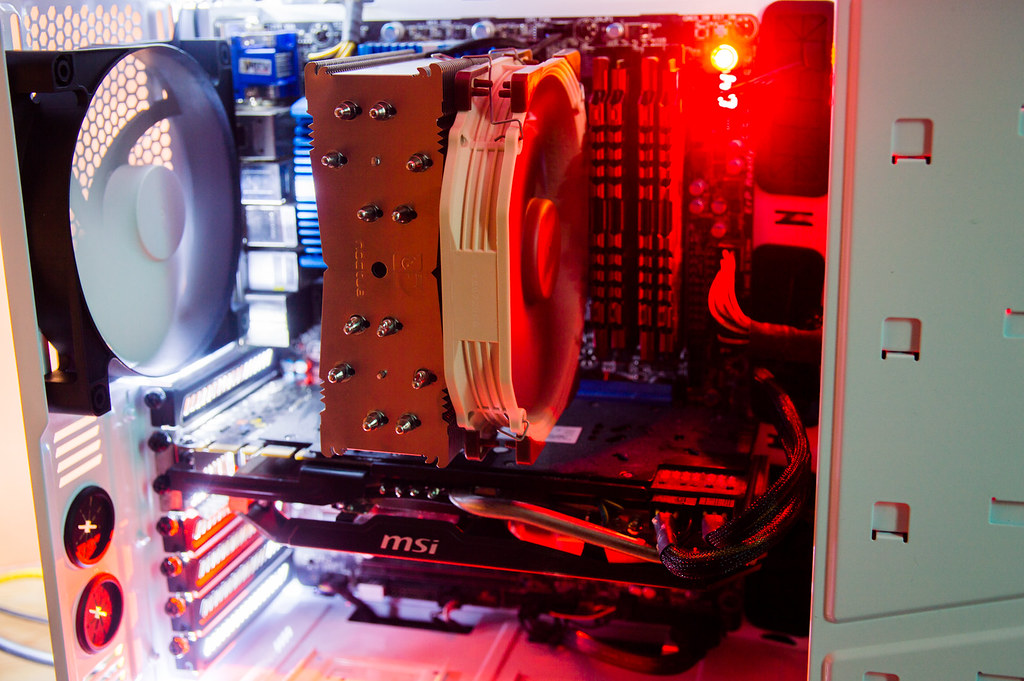 I. Introduction​
Hello and welcome to Computer Forum's Official (hopefully) guide to overclocking your Processor (CPU). This guide should serve as an introductory look at squeezing some extra performance out of your processor. It is not intended for those of you that are out to wring every last MHz out of your CPU, so if you're attempting to break the world record, look elsewhere.

That said, this guide should provide plenty of info and guidance for mild to moderate overclocking and should be more than enough for most. This guide assumes you have no experience overclocking and aims to help beginners learn the basics and refresh more experienced users.

The authors of this guide are experienced with overclocking and seek to advise you in getting the most out of your hardware in a safe way. That said, there is inherent danger and risk involved with doing this. Anything you are unsure of or need clarification feel free to ask here or research around the internet. We are confident that this guide should not lead you to damage your computer if followed correctly. However, we take no responsibility if you cause damage to your computer, components, or any other ramifications from following this guide. This includes violating any warranties. Proceed at your own risk and be careful!

A slight boost in performance is not worth blowing up your machine. When in doubt, don't risk it!

This guide will use some terminology and acronyms that I'll outline below.


IV. What is overclocking and what do I need?​

Simply put, overclocking is the process of adjusting the settings of your CPU in the BIOS to make your processor run at a higher clock speed than it comes out of the box and get a performance boost as a result. Doing so naturally will increase temperatures and reduce system stability. This guide focuses primarily on working with unlocked CPU's and overclocking via multiplier adjustments.

As such it is important you have the following.


V. Get your computer ready
​
Assuming you have everything listed above you're ready to get started. A few final steps before jumping into your BIOS and fiddling around.


Overclocking time!
​
The following steps should be relatively similar for AMD and Intel CPUs. Consulting your motherboard manual will likely make navigating your BIOS easier.

The general pattern of overclocking is bumping your ratio one notch at a time, benchmark and test for stability and temperatures and repeat until you reach your thermal limit or it gets unstable. From there, voltage adjustments might enable further overclocking.

I suggest writing down or saving a document to record your overclocked settings, their resulting benchmark scores, voltage adjustments, and max temperature. This will make it easier to keep track of what settings work the best and the impact they have. 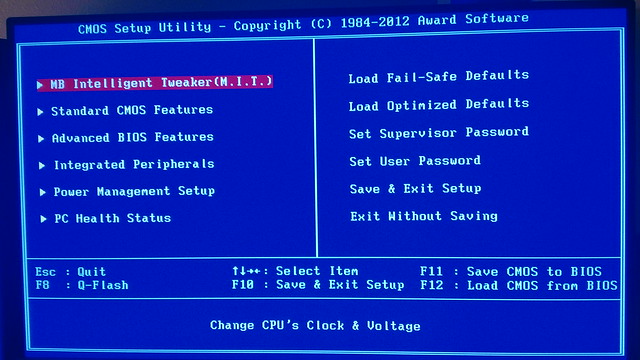 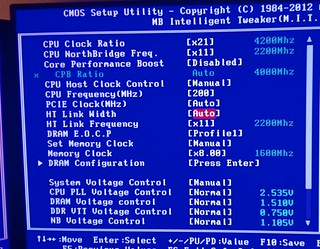 CPU settings in the BIOS 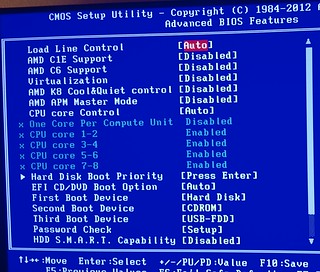 Power saving features in the BIOS, all disabled​


VII. Instability and Temperature
​
Before long you will either run into instability or overheating. Overheating is going to be the limiting factor usually and is only fixed by better cooling or airflow. However better cooling usually will only let you get a couple extra MHz at most as higher and higher clocks will raise temperature and higher voltage to maintain them will raise temperatures even more. Temperatures increase linearly with ratio adjustments and exponentially with voltage. Point being, you're going to hit either a thermal wall or a voltage wall all at once. Or both.

If you're overclock is unstable a number of things could happen.

​
If you've started to get instability but still have some thermal overhead with your temperatures you can start adjusting the voltage. Once you start adjusting voltages you should expect pretty big changes in temperatures. +
Ultimately you are playing a balancing act of raising multiplier and clock speed until unstable, adding voltage to increase stability, and doing all of this without pushing your temperature maximum. Once you've reached your maximum clock speed while maintaining stability and temperatures, you're done. I like to find my max stable speed, then downclock a notch to ensure stability and temperatures are within reason. This is obviously optional, but I would advise it.

Run some benchmarks, both for your CPU and games if you're a gamer. Gains in performance will vary between applications but it's always interesting to see what results you can get when overclocking.

​
As you can see this can be a time consuming and delicate process. If you're out to get every drop of performance from your CPU, expect to spend some time and effort doing so. For most though, a mild overclock is easily done and shouldn't take much time.

A few final thoughts to consider

Staff member
If you want to share your performance gains and compete with others check out the CPU-Z Benchmark Sticky.

No love for the older locked intels where you OC the bus speed?


I figured best to keep it simple with just some multiplier and voltage tweaks. I only ever have done it via the FSB on accident when I bumped the frequency up to 203 from 200.

My parents never bought an AMD when I was young and by the time I got a computer, it was way past the Athlon 64 days.

TDP is not actually a measure of the power draw of the CPU, but rather it's heat output. Though TDP and power draw tend to be very close to each other, one should not confuse TDP with power draw.

mistersprinkles said:
TDP is not actually a measure of the power draw of the CPU, but rather it's heat output. Though TDP and power draw tend to be very close to each other, one should not confuse TDP with power draw.
Click to expand...

You're right. I'll clarify that. I sort of use them interchangeably even though I know I shouldn't. You can get a good estimate on actual power draw based on the TDP but it's not, as you said, the actual power draw it will consume.

Hey Darren, sorry I'm not trying to be a jerk or anything, I just like information on the internet to be accurate for everybody's sake (especially the new guy)


This is still not accurate. The T in TDP stands thermal. A watt of heat is just a unit of heat output just like a BTU (british thermal unit). It has nothing to do with the amount of power used. The premise of what you are saying (and again, not trying to be a jerk) is fundamentally flawed because there would be no way to state "X amount of power used will create X heat" because the input voltage of CPU cores is variable. A CPU running at 1.3V 130W (we're talking about power now, not heat) is pulling more power from the wall than a CPU running at 0.96V 130W.

As I said earlier, TDP has nothing to do with power draw, it is strictly a measure of heat output. The fact that the two numbers tend to be close to each other can be considered little more than coincidental for this conversation (although there obviously is a correlation)

I hope I'm not upsetting you. Just wanted to clear that up.

I've never OC'ed a locked CPU before but it might be good to have in the guide for those wishing to OC CPUs like the Q6600 or the E8400 and so on. If you or anybody else can provide some steps on how to overclock a locked CPU that would be great!

I've only done it with the first gen Nehalems. My i7 920 would go up to 4.0 before reaching the limit.
A

Getting my HT clock over 210MHz takes me to the Windows repair screen. Even when taking my voltage up. Is this a common problem?

Staff member
This will be updated/revised in the coming weeks.

Darren said:
This will be updated/revised in the coming weeks.
Click to expand...

Shamelessly throwing in some Ryzen specific overclocking items I see 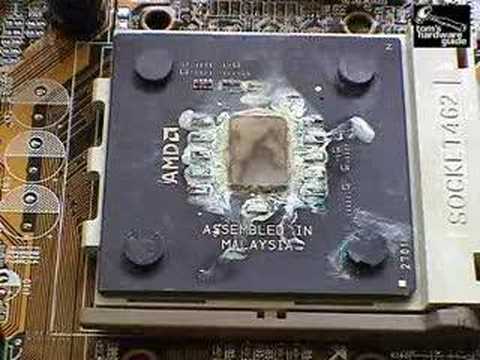 I'm gonna be pretty darn careful, especially at first given how many stories of people I've heard brick their BIOS's.
D

I would expect nothing less.


Darren said:
especially at first given how many stories of people I've heard brick their BIOS's.
Click to expand...