Instead of taking up the desktop background thread, I decided to make a thread dedicated for people who want to show off their smartphone home screen or lock screen.

Here's my latest one: 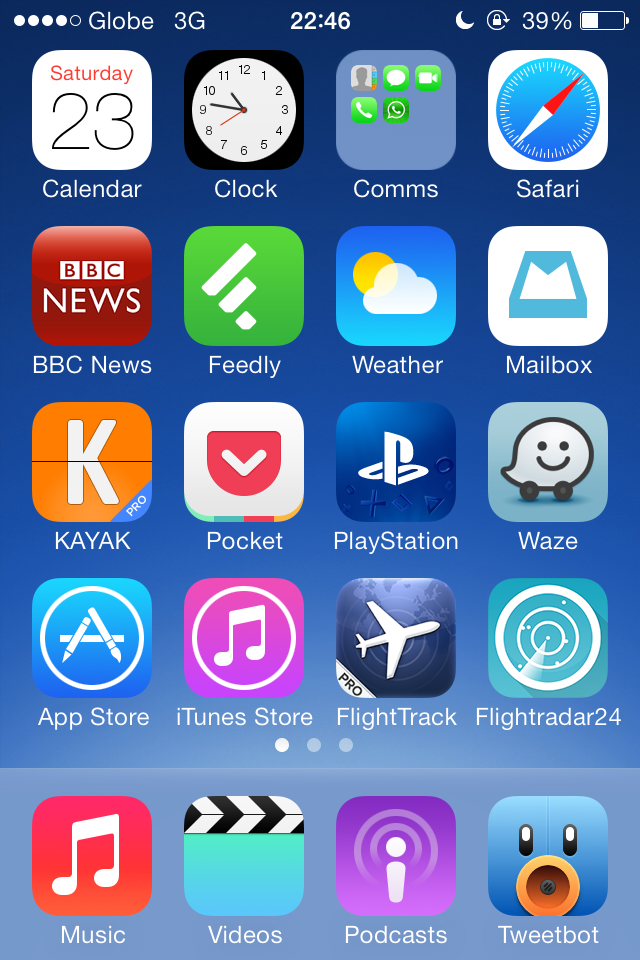 Did you delete your first post? I thought you posted that earlier

Staff member
I had uploaded it to imageshack but it didn't resize and I was too lazy to manually resize it at the time.

What phone do you have?

On Android it's power and volume down.

Staff member
I would share mine but on Windows Phone 7 you can't take screenshots. Annoyingly, that's something which was added in WP8. Staff member
Granted, I could use that weird device called the 'Nikon D3200' which has been sitting at the back of my room collecting dust over the past few weeks whilst I've been spending my whole life studying for various exams.

I need to dig it out tomorrow anyway so I'll take a photo.

spirit said:
I would share mine but on Windows Phone 7 you can't take screenshots. Annoyingly, that's something which was added in WP8.
Click to expand...

Really? That's what I don't like about WP. Some of the simple things aren't even available.

That was his way of saying use a camera if you can't take a screenshot.

WRXGuy1 said:
Really? That's what I don't like about WP. Some of the simple things aren't even available.
Click to expand...

That's really one of the only things I can think of that is missing. And besides, it's in WP8 - I've got WP7 which is older.

The other simple thing that is missing from WP7 at least is a 'block' feature. Really annoying omission.

But all in all, I prefer WP to Android and iOS. I can't see myself using any other mobile OS really. And yes, I have tried the others.


voyagerfan99 said:
That was his way of saying use a camera if you can't take a screenshot.
Click to expand...

I'm not really into Iron Man, but the guy who made my desktop wallpaper also made this so when I was browsing his profile on Deviant Art I found it and decided to use it.
Last edited: Nov 29, 2013
C

Here are some photos of my phone desktop (taken with my D3200).

Firstly - the lock screen. This can be pretty much whatever you want and you can have a different image from Bing each day if you like (in Phone 7.8) but I just use this photo of a leopard which I took - with my D3200 and the 55-300.

Original photo of the leopard can be viewed here (along with the rest of my photography) http://www.flickr.com/photos/jasonbrown2013/10271329213/

Now for the Windows Phone desktop. I just use the default Nokia blue theme but you there's a variety of colours you can use. I prefer having the black background to the white.

And here is the bottom half.

The small tiles were first introduced in Windows Phone 8 but they were made available to Windows Phone 7 back in February when the 7.8 update was released.

And there you go. shame WP7 doesn't allow you to take screenshots, but WP8 does. There might be an app for WP7 which allows you to do it but I haven't had a look.