What Camera do you have?

I have an Olympus C5500 zoom 5.1Megapixels.
I got it two years ago, my first camera
Reliable, good deal when I got it.
F

Sony T5 for me but Im a little disapointed
Z

hmm...what digital cameras...
useing now? or including old ones?

i still have all my old ones, so...
first one was a Vivicam 3500. it was when digital cameras were still somewhat new and obscenly expensive for small ones, so this one was the size of a 35mm camera. it was ok, but if you were moving at all while trying to take a picture, the picture woulden't take until the camera was perfectly stable. plus it used 4AA batteries fast and it took the large compact flash memory cards.

2nd camera was another vivicam, a 3715. its a 3.3MP, a bit more compact, and just as bad on battery usage. the camera sucked. the focus was manual, and no matter how hard i tried, the pictures were nearly always blurry. plus anytime you opened the battery cover to remove the sd card, the time/date were erased and it'd prompt you to reset them, and anytime the camera was turned off, most of the picture settings would reset to default.

around the same time i bought the 2nd camera i also bought a pair of digital camera binoculars, Magpix B350. they are quite nice. look at something threw the binoculars and take a pic of it. for how cheap they were, they were suprisingly good. no flash, zoom, lcd screen or anything else makes them extremly battery effecient and easy to use.

my current digital camera is a canon powershot A430. i love it. its small, lightweight, excellent on battery life, has a great zoom, and a supermacro setting to let you take pics from as close as 1/2 an inch away. the pictures are crisp and clear.
Last edited: Jul 20, 2007

I have a really old HP camera
K

I've had a Canon A95 for about 3 years and still like it very much... Overall, its a great camera in its class. Of the new cameras that got out since then, there are only 2 or 3 features that I find could be better and still its usually not much. But the image quality is top notch.
I ^^ that is a nice camera if i do say so myself

Here are some quick shots: 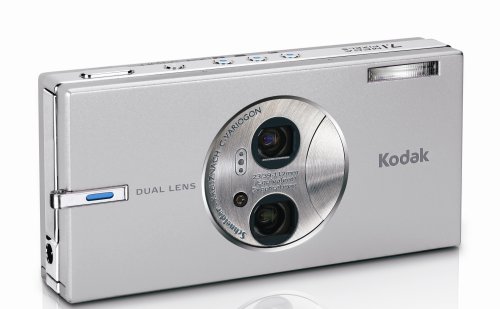 Right now I have a Nikon Coolpix 4800

http://www.nikonusa.com/template.php?cat=1&grp=2&productNr=25520
But I bought a Casio Exilm a day ago but yeah haven't gotten it yet.
B

I have a Sanyo VPC-T700 and it's SUX. No matter what setting i put it on, the pictures always come out blurry, too dark, or too bright! IT SUX

I have an HP R817, 5.1 MP. It is not the greatest but it is plenty good for a casual photographer like me.
T

I currently have a Nikon D70S digital SLR. My dad uses 2 Nikon D2HS digital SLRs for his photography business.